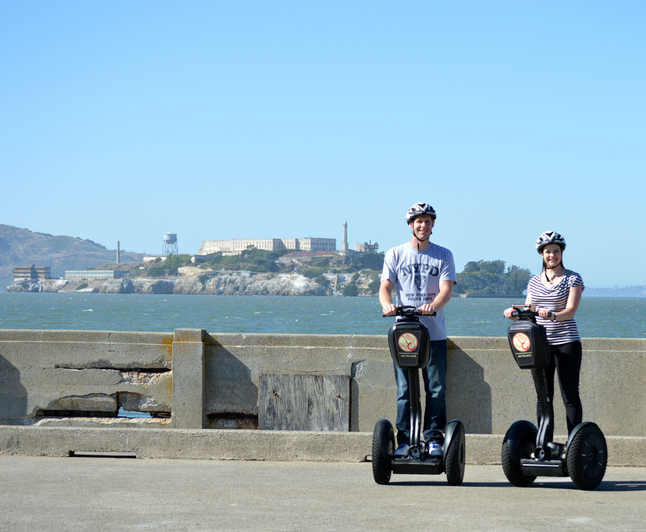 San Francisco is one of the most popular cities of United States of America that is also famous worldwide due to many of its distinctive features such as the Golden Gate Bridge. San Francisco is situated in the northern part of California present on the west coast that has other notable places such as Los Angeles, Sacramento, San Diego, and San Jose.

San Francisco is the 4th most populous city of San Francisco and 13th most populated city of America. The city is a commercial and financial hub and also known for its numerous tourist destination. The city has incredible scenery with steep rolling hills and some very famous landmarks that include Golden Gate Bridge, Alcatraz Penitentiary, Fisherman’s Wharf, Cable cars, Ghirardelli Square, and National Maritime Museum.

There are many amazing places to see in San Francisco, but one place where you will find history, culture and information mix into one is none other than Alcatraz prison which is located in the Alcatraz Island. The island is located 1.25 miles from San Francisco and was mainly developed for strategic purposes with a lighthouse and a military fortification. The island also had a military prison and a federal prison from 1934 to 1963 which later come to known as the ‘Alcatraz Prison’. In 1986, Alcatraz became part of the Golden Gate National Recreation Area.

Today, the Alcatraz prison is famous worldwide, and every year thousands of domestic and international tourists come to visit the island and prison. The Alcatraz prison is located in the chilly waters of the San Francisco Bay and was home to some of the most dangerous and wanted criminals of the country. The prison was nicknamed the rock, and there have been several Hollywood movies based on the stories of Alcatraz prison. Many of the famous criminals such as Al Capone and Robert ‘Birdman of Alcatraz’ was imprisoned on the island. The island is famous because there were 14 attempts to escape, but no inmate ever managed to escape from the prison. The prison was shut down in 1963 because its operating cost was bigger than other prisons of the country.

Apart from the prison, Alcatraz Island has the oldest lighthouse on the complete west coast, and many natural rock pools and seabird colonies. The total area of the island is 22 acres. The famous places to tour on the island include Lighthouse, Dining Hall, Main Cell house, the Warden’s House, Building 64, Water Tower, and Recreation Yard. There are several exciting and thrilling tours that you can go on when visiting San Francisco but there are some that you do not want to miss. The highlight of your San Francisco tour would surely be Segway ride to Alcatraz Island.

Segway is a small motorized two-wheel vehicle that allows people to easily move around in towns and destination places. Segway is a self-balancing vehicle that uses gyroscope to stay upright, and a person can also move it in the direction he wants to go. The Segway is part of the green vehicle transportation and mostly used in big warehouse and industrial factories.

The Segway tour has got massive popularity among the tourist as it allows you to visit nearly all the major attractions of the city which includes the Golden Gate Bridge, Fisherman’s Wharf, Ghirardelli Square, Colt Tower, and the Washington Square Park. The Segway tour is offered in the morning and evening, and there are a group of 8 people who are accompanied by a professional guide. The key details of the tour are

The things to expect on your tour

On the first day of your Alcatraz Island tour, you will arrive at the Pier 33 and aboard the ferry that will take you to the Alcatraz Island. It is a short ride from the San Francisco Bay, but you will get to see the awe-inspiring skyline of the city and the infamous Golden Gate Bridge. The ticket you have will allow you to take a full tour of the Alcatraz prison. You will have an immersive experience as you will be given headphones to listen to the stories and soundeffects when you visit the cell blocks of the prison. You will listen to the commentary of the former prison guards and inmates and also stories of the famous criminals who were imprisoned here such as Al Capone and James Bulger. You will be given ample time to explore the prison grounds and return to the city whenever you wish. The ferries depart after every half hour.

The Segway tour starts the next day after you have visited Alcatraz Island. For your Segway tour, you are advised to meet with your tour guide at the allotted time near the Anchorage Square Shopping Center. First, you will be given a proper demonstration on how to use the Segway vehicle. You will also be given protective gear to avoid injuries if you fell off the Segway.

The total time of a single tour is roughly 3 hours, and you will be part of group of 8 people along with a guide who will give fascinating information on the historical sites of the city. The route of the Segway is already defined whether you want to take it in the morning or evening. You will witness the iconic Golden Gate Bridge and Alcatraz from Fisherman Wharf. You will drive past Ghirardelli Square which is popular for its chocolate, and you will also see the ancient marine vessels at the Aquatic Park’s Hyde Street Pier. The guide will also take you to the Palace of Fine Arts, the Marina district, and the exhilarating San Francisco Cable Car.

Megan Clarke is a passionate traveler and loves to go to famous locations in the country. She also shares her experiences on her online blog. She recently traveled to San Francisco and wrote about the fun and excitement she had on the Segway and Alcatraz tour. You can connect with her on Facebook and Twitter. 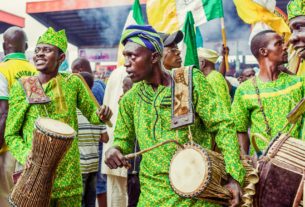 The Nigerian Festival And Cultural Tours 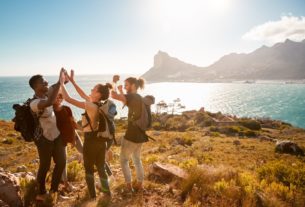 How Traveling In Groups Can Be Made Easy 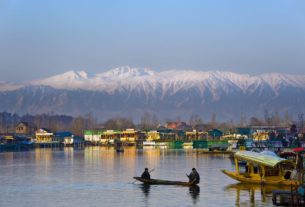 Travel To Kashmir: Things That Need To Be Included In Your Kashmir Tour Packages