Runtime application self-protection (RASP)software uses the facility of runtime instrumentation to prevent computer attacks. It utilizes the information within the system and utilizes it in preventing incoming attacks. It is different from a firewall which is a type of perimeter-based protection anddoes not have contextual awareness but canstop attacks only through network information. The principle by which RASP helps in improving security is by monitoring the inputs of the system and blocking the ones that could allow attacks and also protect the runtime environment preventing any changes which might be undesirable and cause tampering. It is made in such a way that it provides specific protection to individuals based on one’s need. Thus, it provides personalized protection to the users. RASP is a targeted application that protects a particular software rather than giving protection in general. It looks after the system by having an overall look at what is being put in and out of the system. The main aim of using RASP is to identify the problems that might arise in the system. It also stops and prevents the attests of exploitation from different applications. It helps in detecting different type of threats along with sudden changes in the working due to different inputs. This help in the early detection of the problem if any and also helps in preventing further damage. RASP can terminate the session or the application is shut down when there is an attack. RASP is different from other applications since it focuses on one application.

The technology of RASP has been integrated with the programs code and the technology is referred to as virtualization. It is similar in application with Interactive application security testing however it differs in the sense that RASP prioritizes the protection of the devices from cyberattacks whereas IAST identifies vulnerabilities within the application.  RASP learns from the attackers and also blocks the potential attacks.

RASP protects in two ways: One by monitoring the RASP reports that are on the web applications without providing any attack or without blocking. The second method is protection. Using this RASP reports the problems and also blocks the attacks that occur online.

There is a direct relationship between RASP and the application program interface which makes the detection of the threats easy and protects the devices from different types of cyber-attacks.

It is an integrated framework that is dependent on the system of working on which the application code is based.

Apart from the above-mentioned benefits of using the RASP, it is capable of detecting the attacks that occur in the application. It can differentiate between the real and the false attacks. They make sure that the third-party apps do not monitor or analyze the traffic. These systems make sure that they are visible and well-integrated in the system to make sure that they do not report any false positives nor miss reporting when there is a potential of a true attack. This makes the system trustworthy worthy and also helps in keeping your system problem-free. It thus helps in increasing your reliability towards an application.

However, there is a downside of using RASP which includes that the application might slow down. But the same can be ignored in the light of the protection that it provides. Moreover, no serious lag in the application or error is reported due to the use of RASP. RASP acts as a protective shield but it cannot protect if the application itself is not optimum. RASP should be in-built in the system to provide the required protection otherwise it does not work. The concept of RASP is relatively new and thus newer inputs are regularly given to make it better and making it faster. Thus, there is more scope of improvement of the same. Accepting RASP and using them in your applications will provide you with a secured experience and you will have a higher chance of getting a faster product. 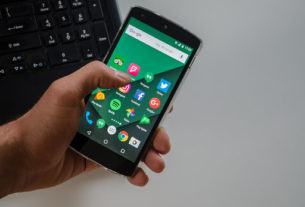 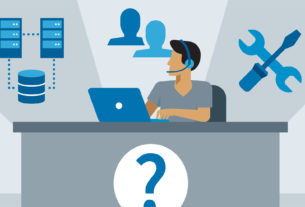 What Does A Service Desk Analyst Do